I had plans to work on my Bee Quilt and Zebra Afghan this month.  But it's kind of went by the wayside.  Not been a good month so far.  The twins had a doctor appointment, they are also cutting their 2 year molars so they are not very happy,  and the dishwasher finally wore out.  And mother nature was even against me.  We were having a heat wave the first week of August, high 90's.  Working with a quilt or yarn is not good in that kind of heat.  I've gotten a few stitches in the quilt.  This is a picture from earlier. 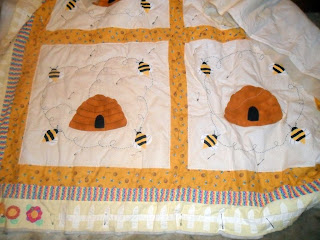 This is a picture of my Zebra Afghan from earlier too.  I've gotten a couple of rows on to it. 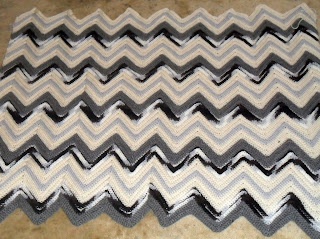 I did finally finish that aggravating doily I'd been working on.  It turned out pretty good. Now on to the next one, hopefully it won't be as aggravating. 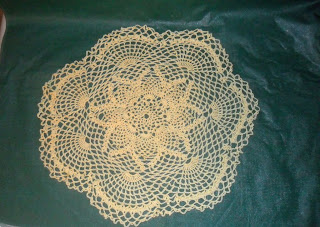 All in all it's not been a very productive month so far.  Hopefully the rest of the month will be better.
Written by Sherrie at 2:05:00 PM

The Rose Garden by Susanna Kearsley

Diary of a Wimpy Kid Bk 5 by Jeff Kinney