well, it's kind of like laundry.  The twins like to get in the laundry hamper and if there are dirty clothes in it, they dump it out.  Bella really likes the hamper a lot. 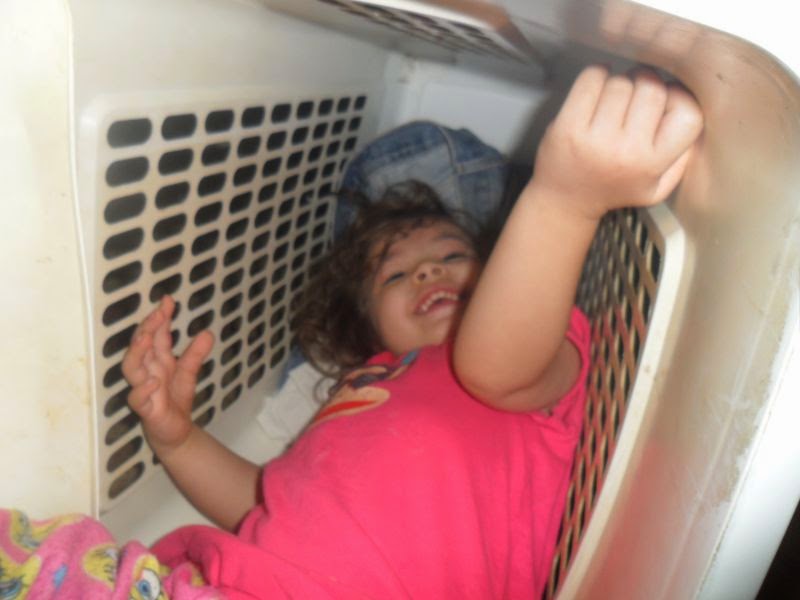 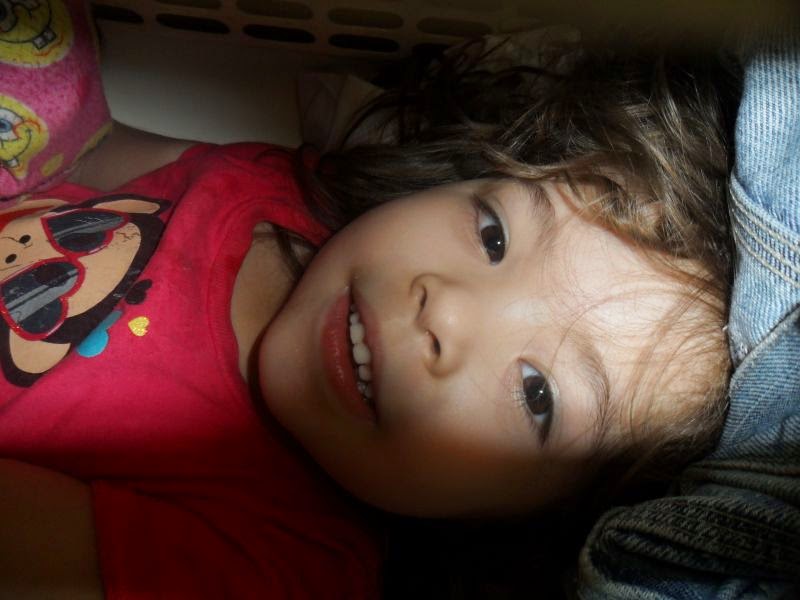 Have you ever heard of Peppa Pig?  It's a pre-school program out of England.  The twins love this show and they learn lots of stuff from there.  One day a few weeks ago it warmed up enough for them to go outside.  And they found a muddy puddle to play in.  They had a blast!   They were messy when they were done, but it was fun.  You can see Peppa Pig here. 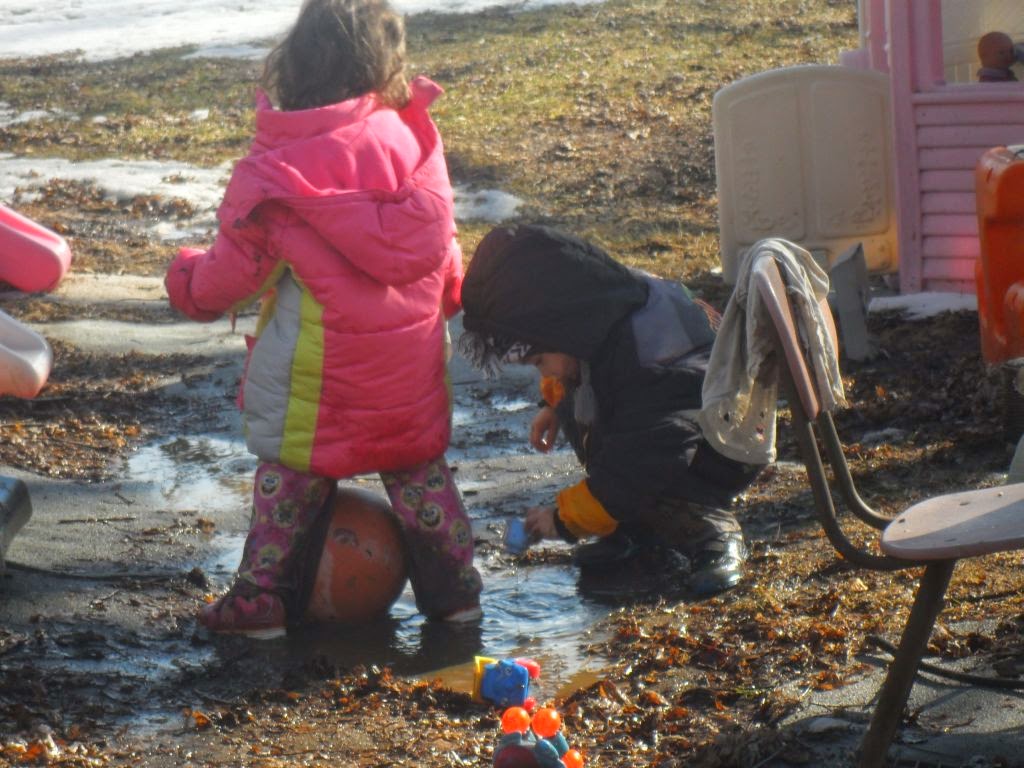 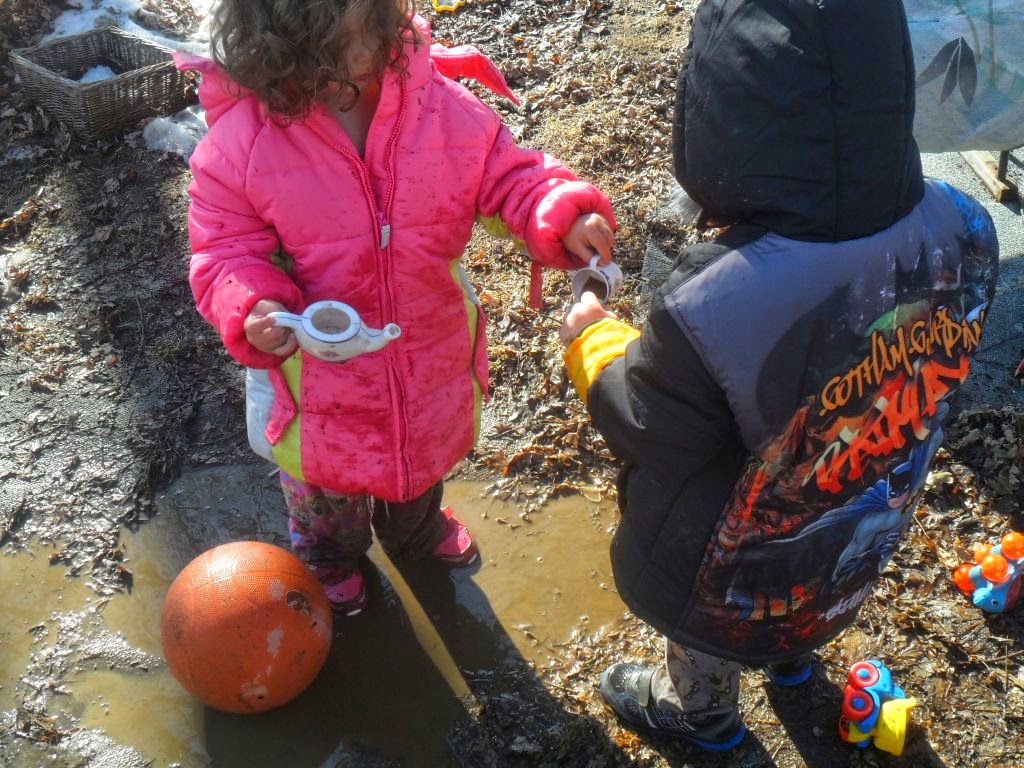 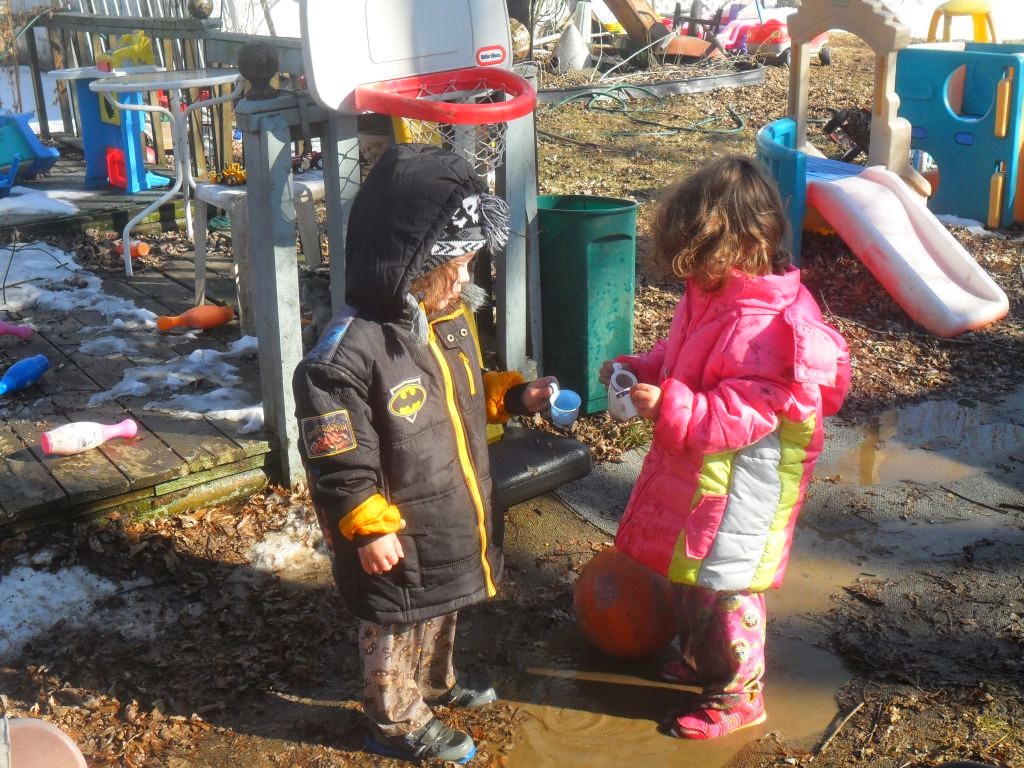 War Brides - Helen Bryan
Product Description(Amazon.com)
With war threatening to spread from Europe to England, the sleepy village of Crowmarsh Priors settles into a new sort of normal: Evacuees from London are billeted in local homes. Nightly air raids become grimly mundane. The tightening vice of rationing curtails every comfort. Men leave to fight and die. And five women forge an unlikely bond of friendship that will change their lives forever.
Alice Osbourne, the stolid daughter of the late vicar, is reeling from the news that Richard Fairfax broke their engagement to marry Evangeline Fontaine, an American girl from the Deep South. Evangeline’s arrival causes a stir in the village—but not the chaos that would ensue if they knew her motives for being there. Scrappy Elsie Pigeon is among the poor of London who see the evacuations as a chance to escape a life of destitution. Another new arrival is Tanni Zayman, a young Jewish girl who fled the horrors of Europe and now waits with her newborn son, certain that the rest of her family is safe and bound to show up any day. And then there’s Frances Falconleigh, a madcap, fearless debutante whose father is determined to keep her in the countryside and out of the papers.
As the war and its relentless hardships intensify around them, the same struggles that threaten to rip apart their lives also bring the five closer together. They draw strength from one another to defeat formidable enemies—hunger, falling bombs, the looming threat of a Nazi invasion, and a traitor in their midst—and find remarkable strength within themselves to help their friends. Theirs is a war-forged loyalty that will outlast the fiercest battle and endure years and distance.
When four of the women return to Crowmarsh Priors for a VE Day celebration fifty years later, television cameras focus on the heartwarming story of these old women as war brides of a bygone age, but miss the more newsworthy angle. The women’s mission is not to commemorate or remember—they’ve returned to settle a score and avenge one of their own.

My Thoughts:
This was a selection of my Book Club.  Really wonderful book, loved it!  The story follows 5 women of Crowmarsh Priors.  Some are foreigners and some have lived there all their lives.  But they all become friends.  The war has brought them all together.  The story follows them while they learn to farm, hunt, and cook.  Along with loving and finding their husbands.  And the most obvious woman to marry a man isn't always true.  The author takes you through the war years in England, and all the other countries that fall to Hitler.  The War Brides are involved in the war in different areas.  But most of all you get to read about the lives of these women and how they survived the war.  Really awesome book!!
Written by Sherrie at 2:54:00 PM No comments:

DESCRIPTION
(Amazon.com)
Twenty years ago, teenager Tara Martin disappeared in the dense English forest known as the Outwoods, leaving her parents and her brother, Peter, to fear the unthinkable.

But on Christmas Day, the doorbell rings and there Tara stands—disheveled, unapologetic, and not looking a day over sixteen. It’s a miracle, but Peter is skeptical, especially when Tara claims that she was abducted by fairies. As those who loved and missed Tara attempt to understand where she’s been for two decades, they begin to ask the same question: Has Tara lost her sanity … or have they?

MY THOUGHTS:
This was my book clubs choice for the month of March.  It's a very good book.  I read it really fast, because it kept me glued to the pages, I wanted to find out what happened to Tara.  Tara comes home after being gone for twenty years, but to her it's only been 6 months.  She tries to tell everyone what happened, but they seem to think she's crazy or has amnesia.  I can't tell you what happened to Tara as that would give away the story line.  Needless to say it is a fairy tale that is just a little different.
Written by Sherrie at 12:47:00 PM No comments:

I've been an absent blogger, again.  I seem to come in spurts.  lol  First, I had the Flu, actually we all had the Flu.  The twins too, except for Luke, he was the only one that didn't get it.  Then I had a Sinus Infection.  In between all this, I've been working on my quilts and crocheting.  And waiting for spring to get here.  I'm so tired of winter I could scream!  Anyway that's a run down on what's been going on here.  I finally got my book done.  It's for the reading challenge I'm doing.   Vintage Mystery Bingo Challenge hosted by Bev over at My Reader's Block. 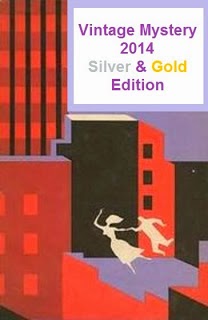 I am doing the Silver Bingo Challenge, I'm a little confused about the publisher dates on these books.  I can't seem to find the original published year.  So I'm hoping I have the right books for the right challenge.   I've put all the info about the reading challenge and the books I've read in a tab at the top of my blog.

By The Pricking of My Thumb by Agatha Christie

Inside cover
Because a sweet old lady disappeared, Tommy and Tuppence Bereford, that shrewd and engaging detective team, came out of retirement to take on their most baffling case.

MY THOUGHTS: The team of Tommy and Tuppence isn't really my favorite book.  But this one was really good.  It's a classic Agatha Christie mystery.  Tuppence gets the ball going by investigating the disapperance of a lady from the home where Tommy's Aunt was.  And of course it starts out fine, but it goes down hill and Tommy has to help Tuppence out of trouble.   And do they find out what happened to Mrs. Lancaster?  Well, I won't tell, but you could read the book to find out.
Written by Sherrie at 7:28:00 PM No comments: