Thought I would let you all know how hubby is doing.  It's been a couple months.  Hubby went into the hospital for surgery on February 9th.  The surgery took a little longer than expected.  The Tumor had ruptured the Colon Wall.  So the doctor had to repair it.

Then his blood pressure started dropping.  They couldn't figure out what was the problem, so they took him back to surgery to have a look.  The doctor found some dead tissue in his Rectum, which was causing him to go into Septic Shock.  So they started him on Anti-bionics, but that didn't help.  The doctor had to go back in and remove the Rectum.   We almost lost him that day.  But he started responding to the medications once the Rectum was removed.  This also caused him to have to have a permanent Colostomy.  So the doctor done surgery again a few days later to put his permanent Colostomy in.  All this time hubby was in ICU, plus they put him on sedatives to keep him asleep, so he wouldn't be moving around so much and wouldn't feel all the pain he was in.  they also put in a Feeding Tube.   Hubby was in ICU for 3 weeks.  He finally got a little better so they could put him on the regular hospital floor.

But he was still in lots of pain and taking lots of pain medicine.  He had been in bed for about 5 weeks so he was pretty weak.  They moved him to a Select Hospital so he could work on physical therapy and build up his strength.  While there they took a CAT Scan to find out why he was still in so much pain, as the Colostomy was already healing.  The CAT Scan showed two Abscesses in his stomach.  So he had to go and have those drained.  They also found out one of his Kidneys wasn't functioning right.  So he went into surgery to have a Stint put in.  So that started working good.

Today we got the news he's being moved to the hospital here at home.  It's an Acute Hospital to work further on his physical therapy.  So he will be close to home and we can visit every day instead of once or twice a week.  He's been in Indianapolis for the last 2 months.  Hoping he gets stronger so he can come home and then he will have Home Health Care provided.  I miss him so much!!

As he gets stronger I'll had some updates.  Hoping life gets back to normal soon.  With Spring showing up this week, hoping it stays warm so we can all get outside.  We have birds nesting outside the living room in a bird house. 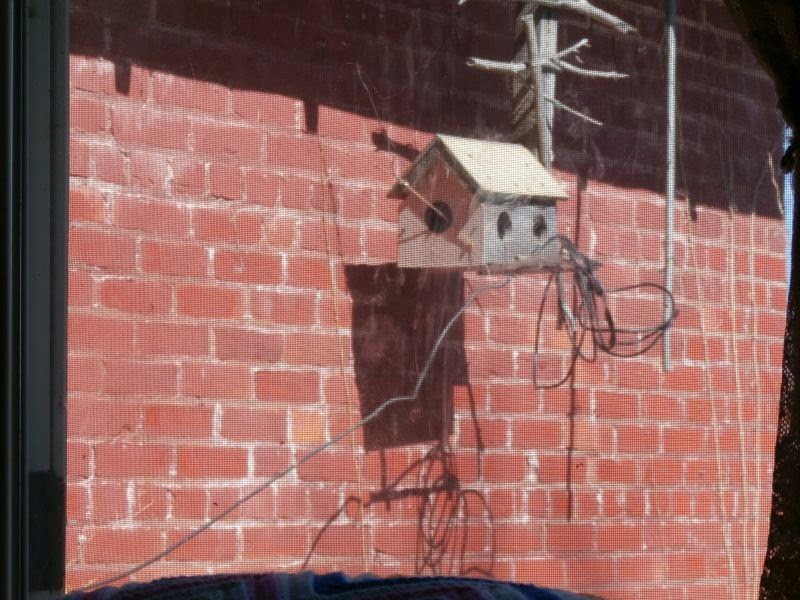 And here are the birds sitting at their new home.  They are still busy bringing nesting materials into the bird house.  But I've noticed the female isn't sitting outside much, so I'm assuming she is laying and sitting on the eggs.  The little birds are English Sparrows.  They are pretty dominant around here. 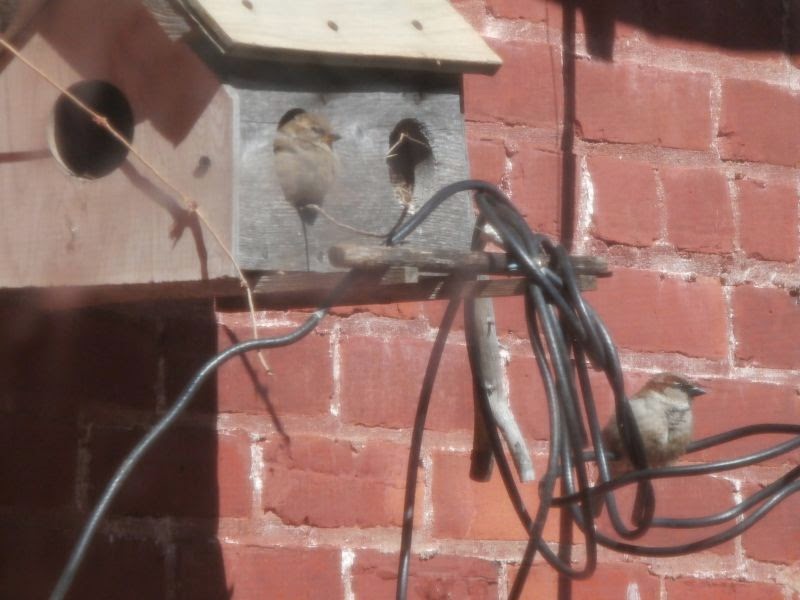 On a sad note, we lost our family dog, Billy.  But on a good note, we now have another "wiener" dog.  His name is Toby and he is a rescue dog.  He is adapting to the family and getting along pretty well, unlike Billy, Toby barks!  So that's something to get used too again.  Haven't got any good pictures of Toby yet, but I'll be getting some soon to add here at my blog.
Written by Sherrie at 8:26:00 PM 2 comments: