The plant where my hubby worked for 32 years is being torn down to make way for a new building.  There is a new business coming in there.  Not sure what it is yet.  The building went through several owners over the years.  It started out as the Farnsworth factory, they made short wave radio's.   In 1948 RCA bought Farnsworth out.  It became the RCA plant.  During the 32 years my hubby worked there the RCA was sold to GE and later to Thomson Corporation of France.  The plant closed it's doors in 1997 and now it's all being torn down.  This is where the VLS was located.  They made Big Screen TV's here. 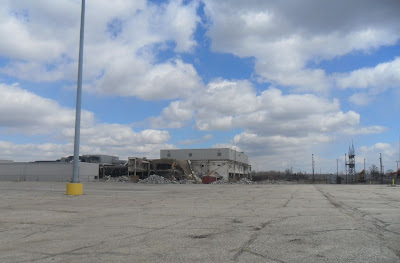 They are also recycling the cement into gravel. 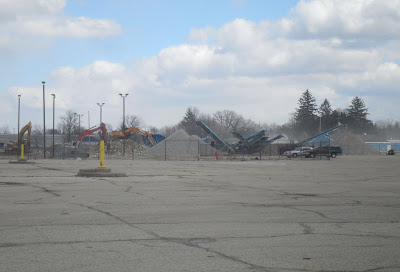