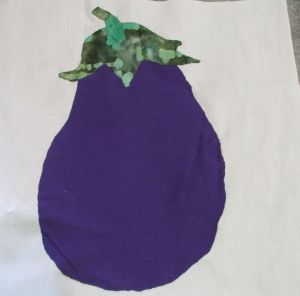 A little info on the Eggplant....from Wikipedia

Most commonly purple, the spongy, absorbent fruit is used in several cuisines. Typically used as a vegetable in cooking, it is a berry by botanical definition. As a member of the genus Solanum, it is related to the tomato, chili pepper, and potato, although they are new world and the eggplant, like nightshade, is old world. Like the tomato, its skin and seeds can be eaten, but, like the potato, it is usually eaten cooked. Eggplant is nutritionally low in macronutrient and micronutrient content, but the capability of the fruit to absorb oils and flavors into its flesh through cooking expands its use in the culinary arts.

It was originally domesticated from the wild nightshade species thorn or bitter apple, S. incanum, probably with two independent domestications: one in South Asia, and one in East Asia. In 2018, China and India combined accounted for 87% of the world production of eggplants.

I've always thought the eggplant was a vegetable...I was surprised to learn it is a fruit by botanical definition.  My mom made Fried Eggplant and it was delicious...I still like it today.

Flour - after dipping eggplant in egg, coat with flour.

Heat oil in a large skillet over medium-high heat. Dip eggplant slices in egg, then in flour, and place in hot oil. Fry 2 to 3 minutes on each side, or until golden brown. Drain on paper towels.

5. Work more on the Table Runner.👎

The only finish on my list from last week...is the Frog Quilt. 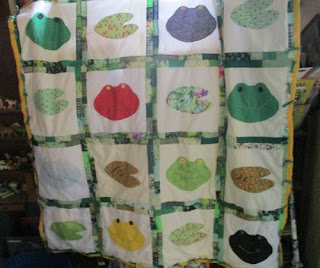 I've been working on my A-Z Quilt.  I did get a little bit of sewing on my Salt and Sand Quilt this week.  As for a To-Do list for next time.  I think I'll just wing it this week.

I'll also be working on the Teapot quilt, as it is my April OMG(one monthly goal) this month.  It needs to be sandwiched, tied and binding added.

A to Z Blogging Challenge 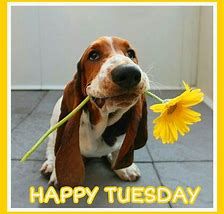 Labels: Blogging from A to Z, To-Do-Tuesday